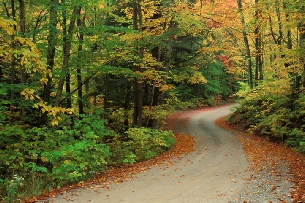 Mark Hatfield stood before the new principal at Johnson Elementary School and tried to hold back the anger and fear that were building in his 9 year old heart.

“But Mr. Ford,” he moaned, “the last principal said I could wear this hat as long as I wanted to”.

Al Ford pulled his full six-foot frame up from his executive chair and stood behind his oversized oak desk, red anger filling his overstuffed face.

“I am the new principal at Johnson, Mark, and I say you cannot wear that silly baseball cap any longer. Now take it off and get back to your classes.”

Mark was close to tears. He knew the kids would tease him for not having any hair, and he wished he could just go home to hide in his room.

“But the kids will call me names and laugh at me. You know they will.”

Mr. Ford came around to the front of his desk and pushed his face down even with that of the young boy squirming in front of him.

“I'll expel you from this school if you don’t do as I say…right this minute!” he spat.

Mark jumped back, cowering, and quickly pulled the cap from his head and threw it at the principal’s face, dashing from the office just as the class exchange bells started to ring. He ran down the hall while dozens of kids pointed at him, laughing and calling him names like “Baldy” and “Kojak”. Tears were streaming down his face as he ran, and sobs jumped from his throat as he gasped for air. He slammed through the large exit doors, running to the playground area outside. Climbing the large oak tree, he hid in the upper branches before anyone could find him. Quietly he removed the infielder glove that was snapped to the belt loop of his jeans and held it to his chest. His father, sober for a short time, had given it to him one day for a birthday present, and Mark cherished it even though he felt no love for his father. The beatings had pushed away those feelings a long time ago. Now he would wait in the tree, holding the glove and crying, until his mother came, as she always did, to pick him up from school.

Joshua Wilson was sleeping peacefully in the large waterbed his parents had given him 3 months ago, for his 9th birthday. His father, JT, (his own parents had never added letters to the initials when they named him) watched his son and felt his own heart melt a little more with each deep breath the child took. Finally, JT turned, closed the bedroom door, and slowly walked downstairs to the library where his wife, Clara, was just pouring hot chocolate for them. It was a nightly ritual they performed before going to bed and she vowed that tonight would be no different.

“He’s asleep”, JT said as he entered the room and sat next to her on the sofa. They took the first sips in silence, each of them thinking their own private thoughts. Then Clara began to cry softly and asked, between the tears, “What are we going to do, JT? What are we going to tell him?”

JT put his arms around his wife and tried to console her.

“We’ll tell him the truth. We’ve never kept anything from him before, and we can’t do it now,” he said.

“But he’s so young,” she pleaded. “And it’s not even his fault. He’s already got one strike against him just because he’s black. And now this!”

JT put his coffee down, gently turned his wife to face him, and spoke. “He’s a tough kid, Clara. He’s accepted his color with pride, not shame. He doesn’t consider being born black to be a strike against him. And he’ll be able to accept this too. Just wait and see. And have faith in him. He’ll need our support.”

Clara placed her head on JT’s shoulder and asked, “But how long does he have? And how can we ever face this ourselves?”

JT answered, “You can never tell with AIDS. But as Doc Caldwell told us, there are new drugs being discovered all the time and some appear promising. That’s what the Morgan Clinic Experimental Program in Rochester, Minnesota is all about. You’ll see. They’ll find a cure. And, Joshua will make it. He brushed a tear from his own eye and whispered, mostly to himself, “He has to. He just has to.”